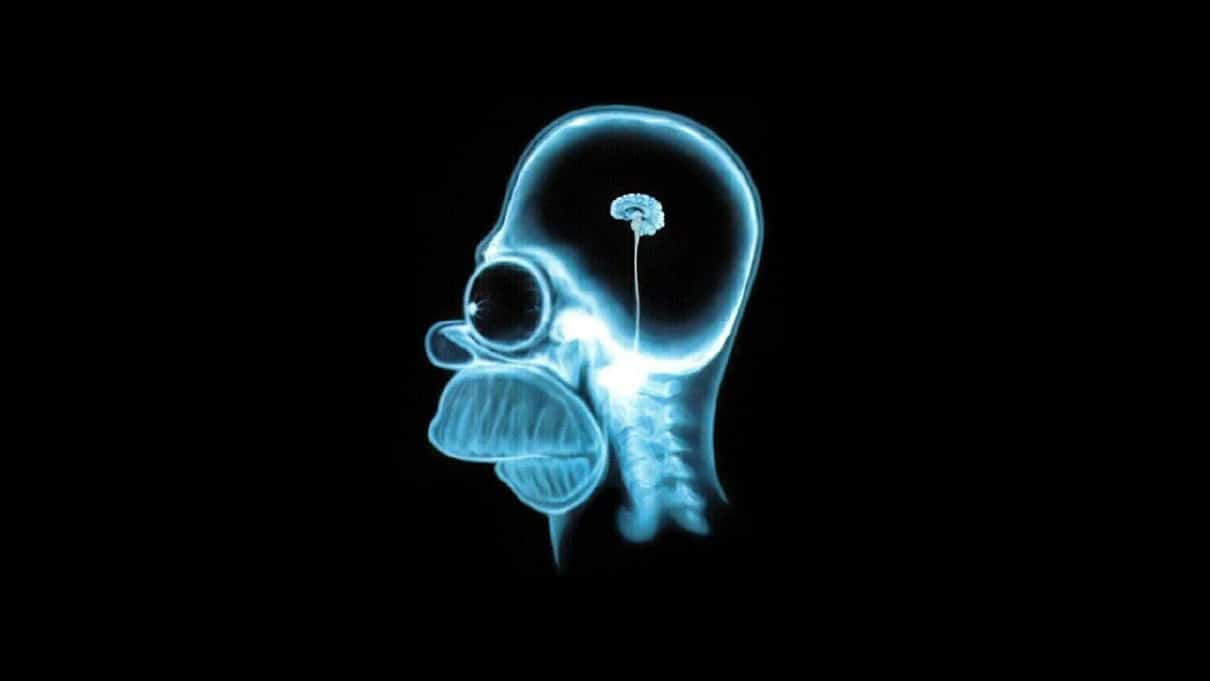 There is no defense against stupidity, claimed professor Carlo M. Cipolla, from the University of California, Berkeley. Back in 1975 he wrote and published an entire essay explaining the universal laws of stupidity and why it is one of the greatest existential threats to humanity. Stupid people can be identified by these traits: they are abundant, they are irrational, and they cause problems for others without apparent benefit to themselves, thereby damaging society.

Law 1: Always and inevitably everyone underestimates the number of stupid individuals in circulation

You may think that you are surrounded by some idiots, but according to Cipolla, you are making an understatement. He says that the error in the estimation of stupid people lays in the wrong assumptions that certain people are intelligent just because of their job, education level, or social standard.

Law 2: The probability that a certain person be stupid is independent of any other characteristic of that person

Cipolla believed that stupidity is present across all populations, regardless of their gender, race, nationality, education level, income, etc. According to him, there are stupid people no matter in which group of people you will find yourself, even if they are well educated. Basically, there are stupid college professors, politicians, experts, etc.

Law 3: A stupid person is a person who causes losses to another person or to a group of persons while himself deriving no gain and even possibly incurring losses

This definition is called the Golden Law of stupidity by Cipolla. According to his theory, there are four types of people in general. The intelligent ones take actions that will benefit both themselves and the others; the so-called bandits benefit themselves at others’ expense; the helpless people who enrich others at their own expense; and the stupid which are described in the title of this law. 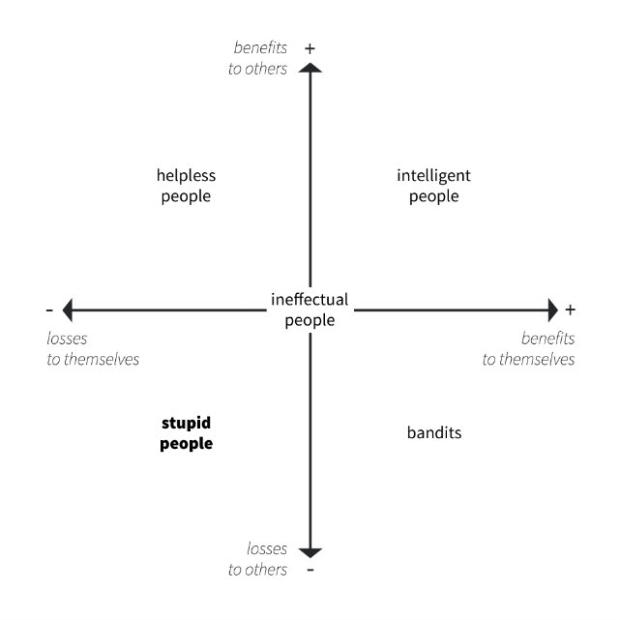 Cipolla said that stupid people are dangerous because of their consistent stupidity. Unlike them, the rest of the people may act inconsistently and they may sometimes act intelligently, sometimes like selfish bandits and sometimes they are just helpless when someone takes advantage of them.

Essentially stupid people are dangerous and damaging because reasonable people find it difficult to imagine and understand unreasonable behavior. An intelligent person may understand the logic of a bandit. The bandit’s actions follow a pattern of rationality: nasty rationality, if you like, but still rationality. The bandit wants a plus on his account. Since he is not intelligent enough to devise ways of obtaining the plus as well as providing you with a plus, he will produce his plus by causing a minus to appear on your account. All this is bad, but it is rational and if you are rational you can predict it. You can foresee a bandit’s actions, his nasty maneuvres and ugly aspirations and often can build up your defenses.

With a stupid person all this is absolutely impossible as explained by the Third Basic Law. A stupid creature will harass you for no reason, for no advantage, without any plan or scheme and at the most improbable times and places. You have no rational way of telling if and when and how and why the stupid creature attacks. When confronted with a stupid individual you are completely at his mercy.

The point of this law is clear – we underestimate the stupid people and the harm that they can do.

Law 5: A stupid person is the most dangerous type of person

According to Cipolla, a stupid person is more dangerous than a bandit. After the action of a perfect bandit, the bandit has a plus on his account which plus is exactly equivalent to the minus he has caused to another person. Society as a whole is neither better nor worse off. However, when stupid people are at work, the story is totally different. Stupid people cause losses to other people with no counterpart of gains on their own account. Thus the society as a whole is impoverished.

Whether one considers classical, or medieval, or modern or contemporary times one is impressed by the fact that any country moving uphill has its unavoidable fraction of stupid people. However, the country moving uphill also has an unusually high fraction of intelligent people who manage to keep the fraction at bay and at the same time produce enough gains for themselves and the other members of the community to make progress a certainty.

Declining societies have the same percentage of stupid people as successful ones. But they also have high percentages of helpless people and, Cipolla writes, “an alarming proliferation of the bandits with overtones of stupidity.”

“Such change in the composition of the non-stupid population inevitably strengthens the destructive power of the [stupid] fraction and makes decline a certainty,” Cipolla concludes. “And the country goes to Hell.” 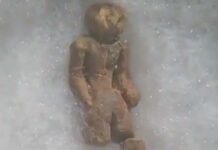 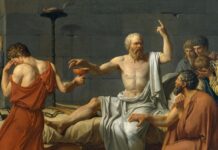 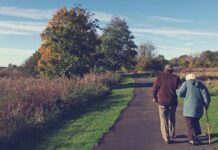 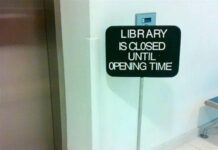 The Most Obvious Signs that are both Stupid and Hilarious 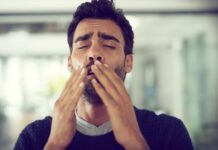 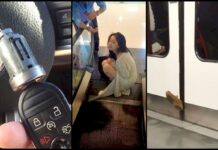 November 18, 2018
Somewhere, something incredible is waiting to be known.~Carl SaganTweet

5 Apps That You Should Have on Your Smartphone