Chess is a two-player strategy board game played on a checkered board with 64 squares arranged in an 8×8 grid. It is one of the oldest and most popular board games in the world – played by millions of people worldwide. Chess is believed to be derived from the Indian game chaturanga sometime before the 7th century, but the modern rules were standardized in the 19th century. You can play this game with a friend or against the AI. 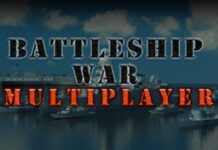 Who Killed Charles Francis Hall on the Arctic 170 Years Ago?

How to Properly Clean Your Computer Screen Without Damaging It

This is the Fastest Tractor in the World – It Will...