Home Life(style) Why Do We Say “Bless You” When Someone Sneezes?

Just before we sneeze, we feel a tickling sensation in the nerve endings, which send information to the brain that we need to get rid of something irritating the lining of our nose. Then, we take a deep breath tightening the chest muscles, the pressure of air in the lungs increases, we close our eyes and our breath “explodes” through the nose.

If you are not alone during this funny process of our body, someone has to say “bless you”. Otherwise, the people that are with you may be perceived as impolite, and you may even feel offended. But why do we say “bless you” when someone sneezes? Is it just a social standard or does it have a deeper meaning?

One of the most well-known theories is that the “ritual” was initiated by Pope Gregory I (a.k.a Saint Gregory the Great) who lived in the sixth century. During the time, the Eastern Roman Empire was affected by deadly bubonic plague which ultimately killed an estimated 25–50 million people in two centuries of recurrence, equivalent to 13–26% of the world’s population at the time of the first outbreak.

One of the early symptoms of the sickness was sneezing. So, the pope believed that a blessing could help the person survive the plague.

However, there is an even earlier recording of “bless you” in history, which goes back to the first century AD (CE). There is no real explanation given in the records, but some early cultures believed that sneezing forced evil spirits out of the body, so the blessing was meant to protect both the person who sneezed and others around him.

Others, though that during the sneezing the soul of the person could be expelled from the body unless God blessed you and prevented this from occurring.

A different theory which was based on the belief that the hearts stops during a sneeze, suggests that saying “bless you” was used to ensure the return of the heartbeat or to even congratulate someone whose heart didn’t stop during their sneeze.

Today, it is known that sneezing is a reflex reaction and probably a symptom of an allergy or a cold. However, between 18% and 35% of the population sneezes when exposed to sudden bright light as well. Bless you! 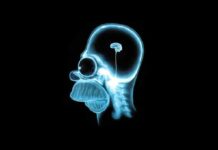 January 25, 2019
Ignoring a problem is just like letting it level up before facing you.