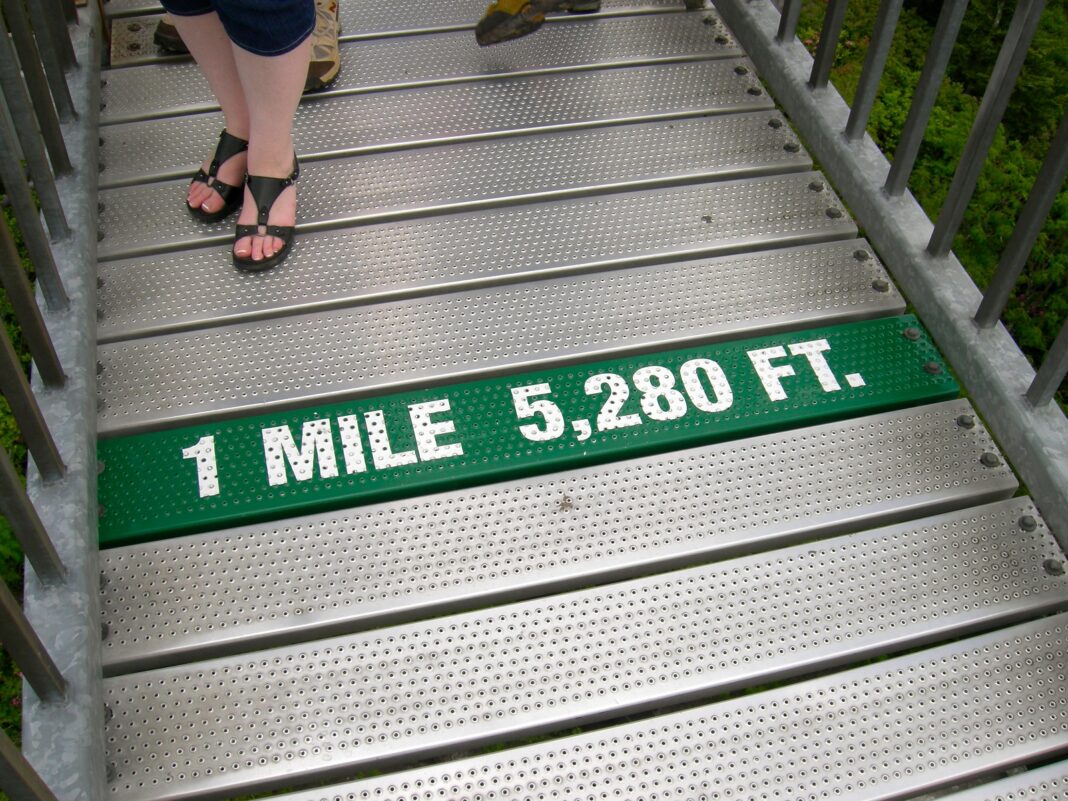 The concept of a mile as a unit of distance comes from ancient Rome. The Romans used a measurement called the “mille passum”, which if literally translated, means “a thousand paces.” Each pace was considered to be five Roman feet (which were shorter than our modern feet), so the mile ended up being 5,000 Roman feet.

So, why are there 5,280 feet in a mile today? The answer lays in the furlong. The furlong back in the days was the distance a team of oxen could plow without resting.

In 1592, under the reign of the British Queen Elizabeth, the Parliament determined that one mile is eight furlongs long. As a furlong was 660 feet, we ended up with a 5,280-foot mile.

How About the Foot?

The history of the foot as a unit of measurement seems more straightforward, as it appears to be the length of the human foot. The ancient Romans had a unit of distance called “pes”, which was a bit shorter than our foot, or to be more specific 11.6 inches.

This was adopted by the English as well, but it was not standardized until the early 12th century. It is believed that the king Henry I of England decided to use his own foot as an example, and his foot was 12 inches long.

November 18, 2018
Remember, today is the tomorrow you worried about yesterday.~Dale CarnegieTweet

Can You Solve this Wizard Duel Riddle?