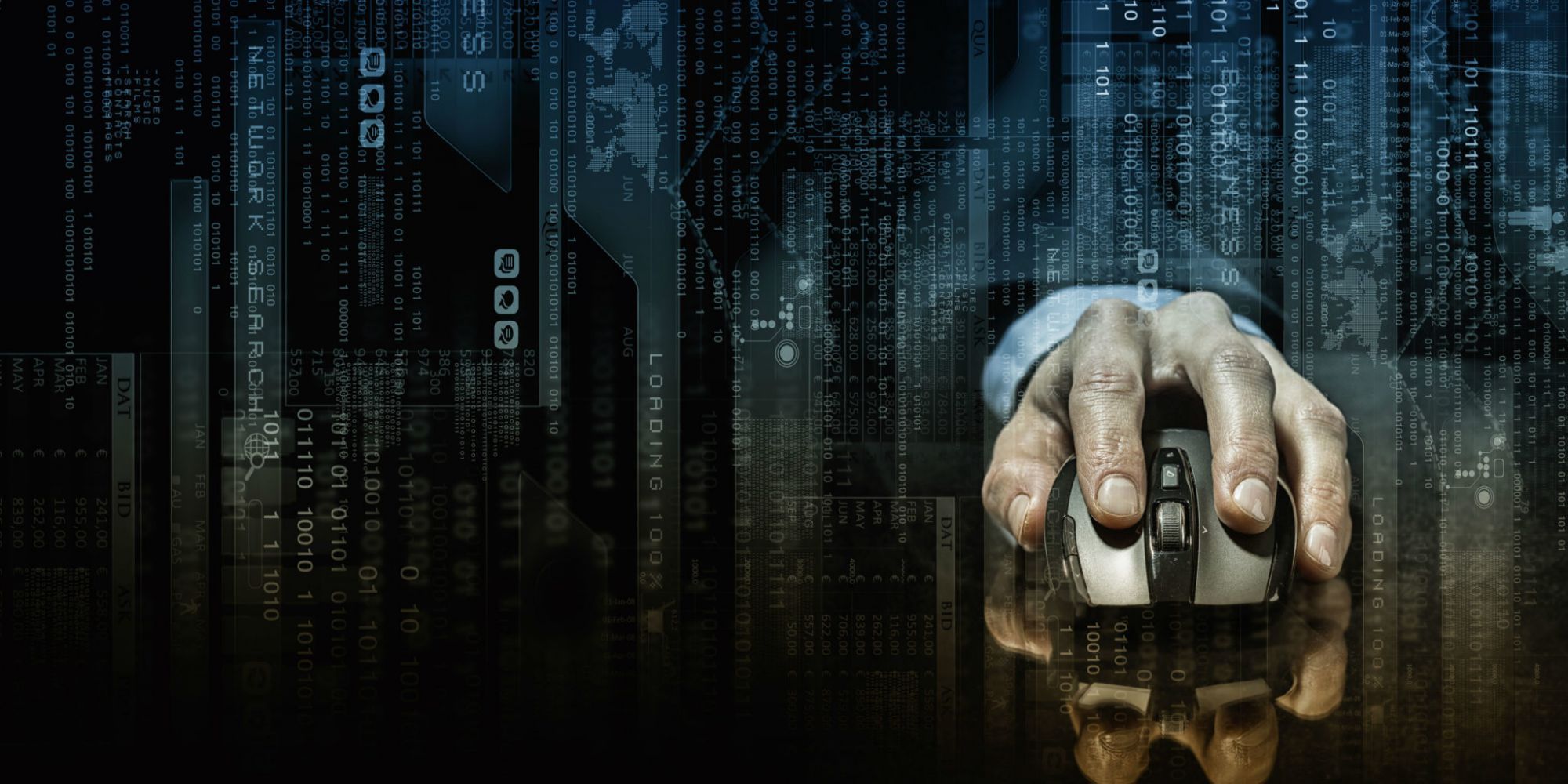 The internet is a technological breakthrough that changed the world. We could even say that the internet is a separate world itself. It is transforming our lives for better or worse. There are pretty strange things out there and it hides many secrets. In this article, we will show you 5 of the most intriguing internet mysteries.

This story begins on Reddit. A user that called himself ReligionOfPeace started posting things related to guns, the time spent in the military and the negative side of socialism. He was also active on a (now) banned and very controversial subreddit for underage girls. In between his comments, he mentioned his website called lakecityquietpills.com, which was purportedly an image hosting website.

His last comments were made on July 17, 2009. Later that day another Reddit user called 2-6 announced that ReligionOfPeace was dead. He said that he was taking care of his things. After two months 2-6 posted that “For those who have asked, I bricked Milo’s IronKey the same day. All is well.” IronKey is an encrypted flash drive used for storing data you don’t want other people to see.

Internet folks decided to do some research and found out that a person calling himself/herself 2-6 and similar variations, has been active on various websites and online forums for years. On one of these websites, his contact address was [email protected], while on another, his signature was “Dispensing Lake City Quiet Pills to lousy bastards in need of permanent rest since 1968.”

An interesting fact is that there is a government-owned bullet factory called the Lake City Ammunition Plant. People from the internet soon after made a connection and realized that quite pills could mean bullets, right? So, on the lakecityquietpills.net website, someone found very weird comments in the HTML code. Here are some of them:

Pretty shady right? Internet users started speculating about the meaning and the theories went from human trafficking to jobs for assasins for hire. In the end, nobody found the truth. Was it really something illegal going on, or some guys were playing around?

Back in 2017, a channel called Unfavorable Semicircle appeared on YouTube. The person/people behind it, started posting tens of thousands of videos before YouTube shut them down. The strange thing was that not much could be really seen on the videos. They were simply colored pixels moving around with the sounds of creepily distorted music and voices. Some videos lasted only several seconds, while others, more than 10 hours. Today, there are only a few videos left on the mysterious channel. They basically look like this:

While it looked like nothing of importance, some people began investigating. Was there a hidden message in the videos? It was even stranger when someone reported that they were causing unusual behavior on their devices (like shutting down etc.).

The researchers found out that if you overlap every frame sequentially in this video, it creates an image: A bit weird right? By combining the 3D models of the content of two other videos, people got this strange result:

There were a lot of efforts to figure this out, but all of them were unsuccessful. Some people suggested that it was simply a hoax or an act by an unstable person, but others pointed out that the aforementioned patterns could not have been random. Some went as far as claiming that the videos represent a secret code or even an alien message. Who can tell? 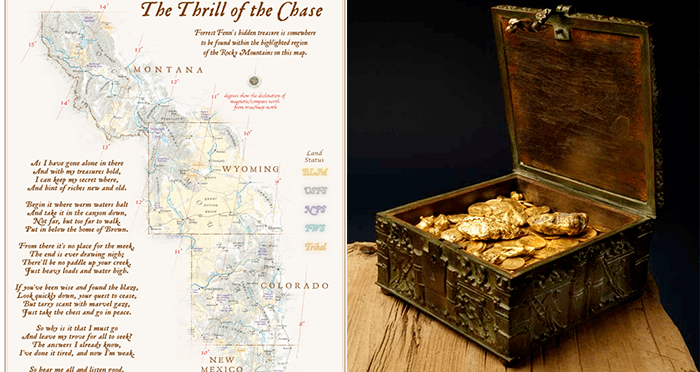 Forrest Fenn is an eccentric millionaire from Santa Fe, New Mexico in the USA. In the past, he was a pilot in the Air Force and got a Silver Star for his service in the Vietnam War. He is now known for his business for selling a variety of American Indian artifacts, paintings, bronze sculptures, and other art. Fenn was under federal investigation for artifact looting and his home was raided by the FBI in 2009, however, he was not charged. 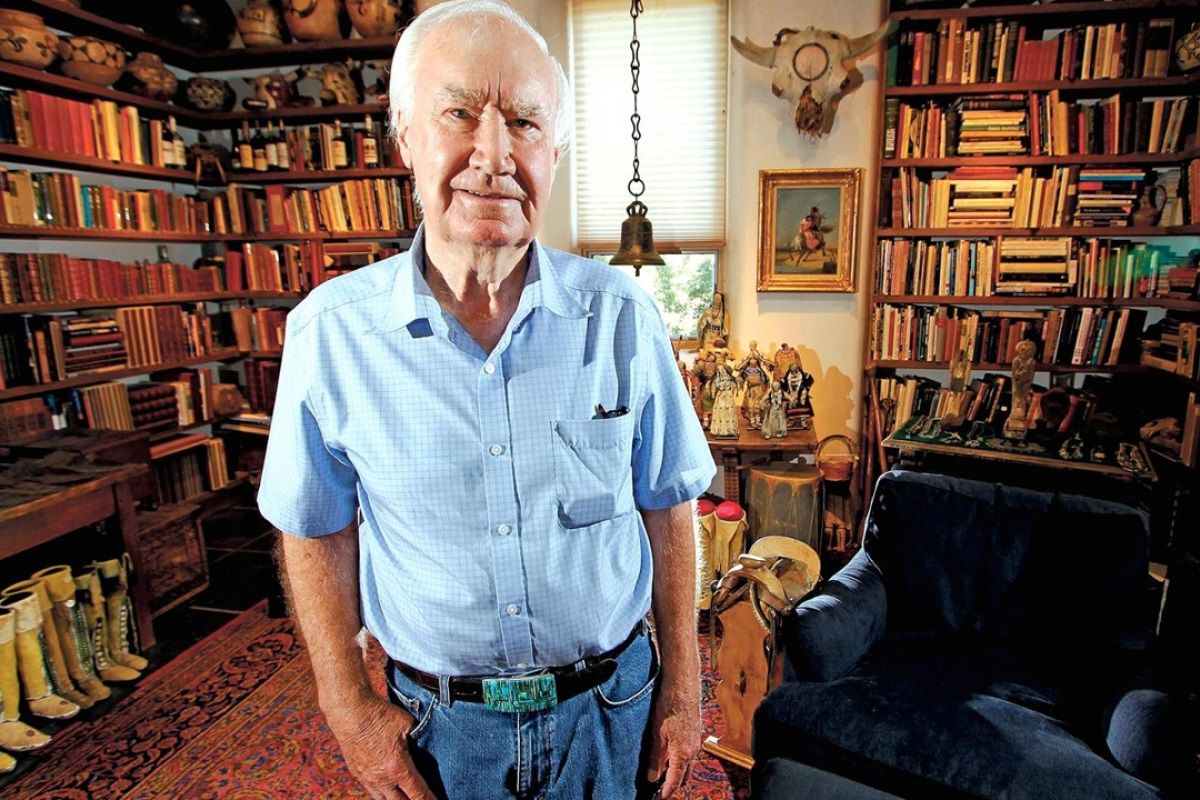 The intrigue begins when Fenn was diagnosed with terminal kidney cancer and he was told that he only had a few years to live. This inspired him to announce that he hid a treasure chest in an outdoor location with the purpose of creating a public search for it. The location was supposed to be his final resting place, with the treasure as a legacy. According to him, the treasure chest contains gold nuggets, rare coins, jewellery, and gemstones, although nobody has ever seen it. The value of the riches has been estimated as high as $2 million. Fenn said that it was hidden “in the mountains somewhere north of Santa Fe”. The clues to the location of the treasure are hidden in a poem that he had written.

As I have gone alone in there
And with my treasures bold,
I can keep my secret where,
And hint of riches new and old.
Begin it where warm waters halt
And take it in the canyon down,
Not far, but too far to walk.
Put in below the home of Brown.
From there it’s no place for the meek,
The end is ever drawing nigh;
There’ll be no paddle up your creek,
Just heavy loads and water high.
If you’ve been wise and found the blaze,
Look quickly down, your quest to cease,
But tarry scant with marvel gaze,
Just take the chest and go in peace.
So why is it that I must go
And leave my trove for all to seek?
The answers I already know,
I’ve done it tired, and now I’m weak.
So hear me all and listen good,
Your effort will be worth the cold.
If you are brave and in the wood
I give you title to the gold.

The interesting thing is that Forrest Fenn actually beat cancer, but did not call off the hunt. Maybe he is amused by the whole thing, but the situation, in fact, got a dark twist. Namely, four people have died in the search for the treasure.

Many have started to wonder if the treasure really exists or if it was just a hoax that spread over the internet like a plague?

2. Geedis and the Land Of Ta

Ok, so this story does not include human deaths or something similar, but it is equally intriguing. The internet first became aware of something called The Land of Ta in November 2011, when someone posted a question to Yahoo Answers that stated: “Does anyone remember a 1980s cartoon or game with Land of Ta Characters?”. At the time, nobody answered.

Then, on February 8, 2015, Flickr user donald deveau posted a photo of stickers which featured creatures from The Land of Ta. On the photo we can see that they were made by a company named Dennison in 1981. 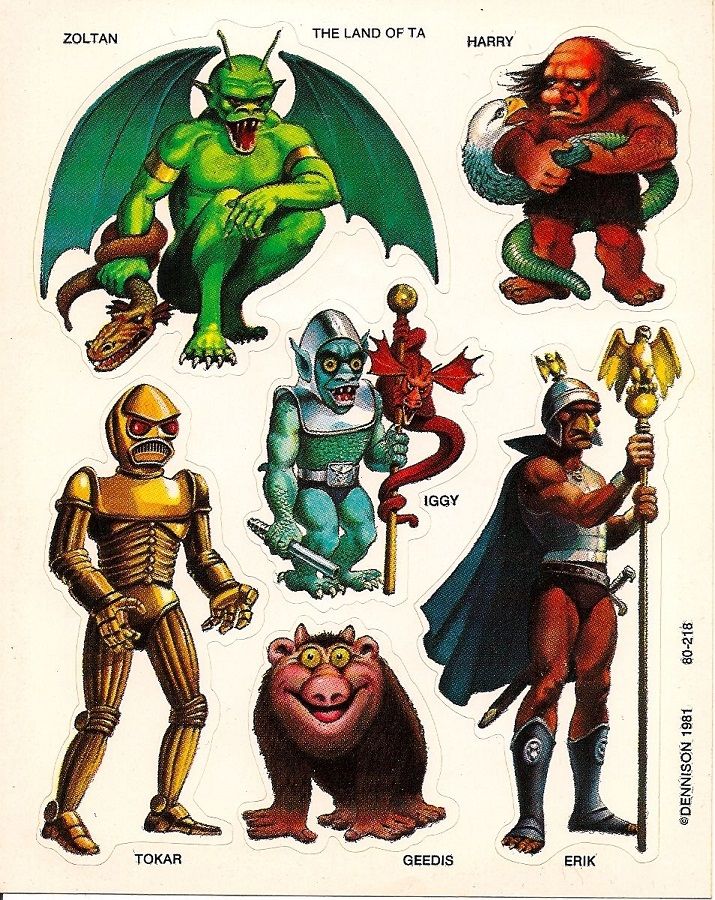 But the question remained why? What game, cartoon or franchise were they associated with? What is The Land of Ta? The mystery became more popular when comedian Nate Fernald posted this on Twitter: 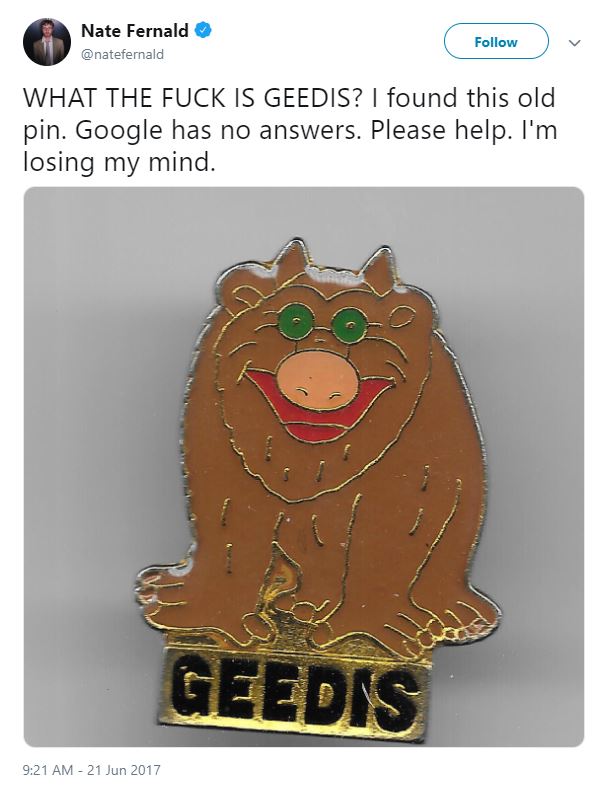 He explained that he could not find any answers about Gedis, but he managed to acquire many metal pins like the one on the photo. The sellers did not have an idea where they originated from. The internet started digging and more stickers were found with many other characters from the mysterious land. 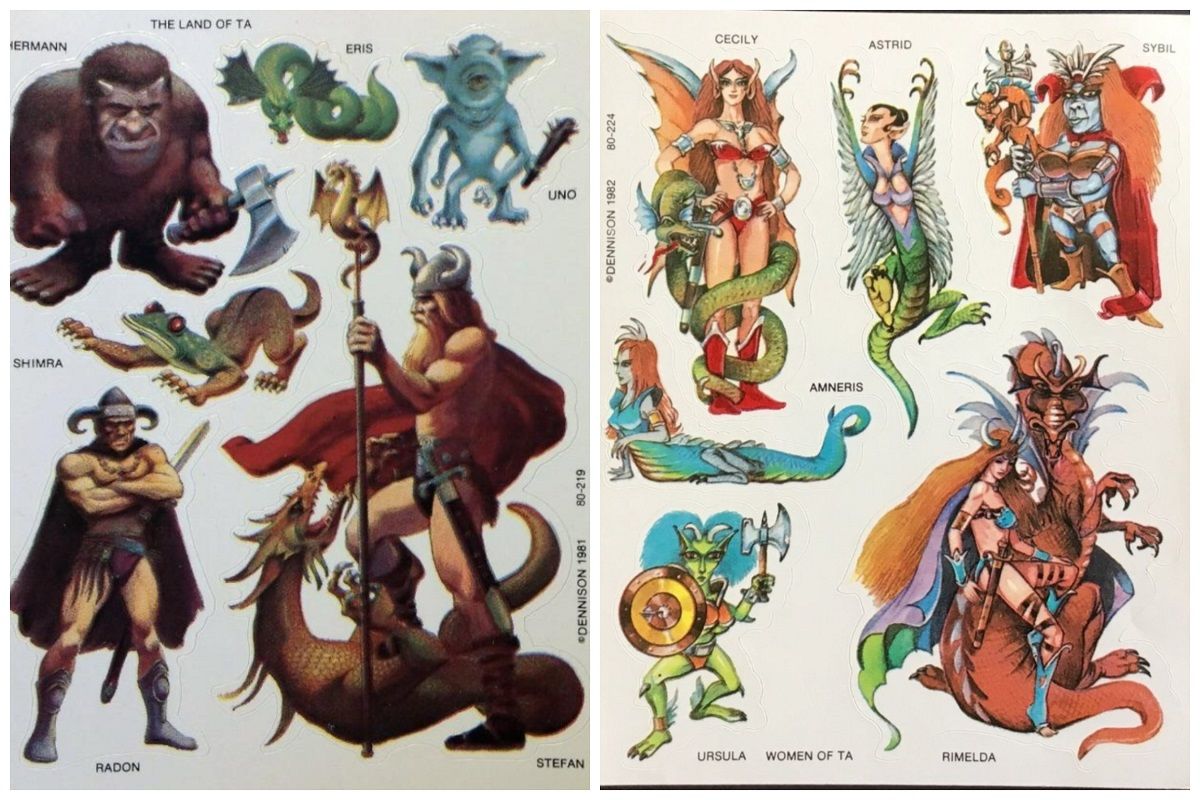 While many clues have been found, nobody really understands the existence of Geedis and The Land of Ta. Perhaps they were meant to be a part of an unfinished comic book, cartoon or a video game.

We feel the need to warn you that this case is so complex that will leave you scratching your head and you will hardly be the only one doing that. At the beginning od 2012, on the image-based bulletin board 4chan, a mysterious post was made by some “organization” named “3301,” which claimed to be looking for “highly intelligent individuals” and explained that there was a hidden message inside the attached image: 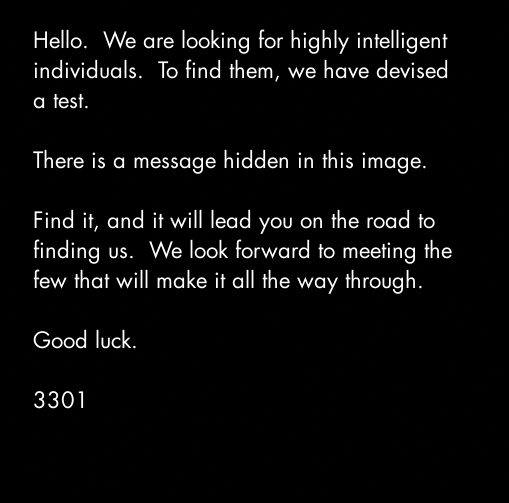 Smart guys from the internet, opened the image with a notepad and among the codes, they found the following: TIBERIVS CLAVDIVS CAESAR says “lxxt>33m2mqkyv2gsq3q=w]O2ntk”

This was obviously a code as well. So, Tiberius Claudius was the fourth emperor of Rome and Caesar cipher is one of the first and most widely known encryption techniques. It is a type of substitution cipher in which each letter in the plaintext value is replaced by a letter some fixed number of positions down the alphabet. As we already mentioned Tiberius Claudius (the fourth emperor of Rome) the shift in this Caesar cipher would be 4. Therefore A (the first letter in the alphabet) in plaintext becomes E (the fifth)[moving by 4] and so on. When we apply this method from lxxt>33m2mqkyv2gsq3q=w]O2ntk we get http//I.Imgur.Com/MsK.JPG where this image used to be hosted: 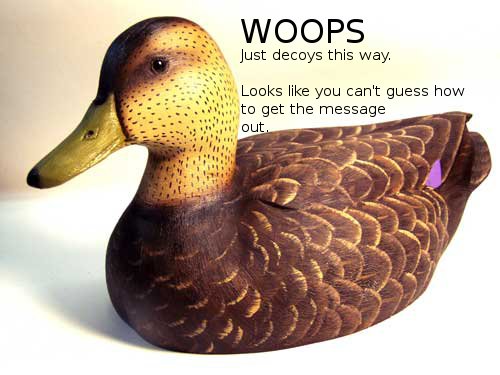 Now, this wasn’t really decoy, but a hidden message. There is a program called OutGuess (two words mentioned in the message). In its simplest form, it is a steganography program designed to hide messages within images. When this image was run in the program there was a message and a link to a subreddit. On this subreddit there were two images:

These images also had hidden messages inside them. When they were thoroughly investigated, investigators came upon a phone number. After the number was dialled, people were greeted with a voice message.

“Very good. You have done well. There are three prime numbers associated with the original final.jpg image. 3301 is one of them. You will have to find the other two. Multiply all three of these numbers together and add a .com to find the next step. Good luck. Goodbye” – the message said.

Going to this website led to an image of a cicada and a countdown. Using OutGuess on the image produced the following message:

So, the mystery was not really solved after all. Later, new images and new hidden clues followed. It started to get scary when real-life coordinates were found and the “players” were asked to visit the locations. Pieces of paper with a QR code were found on multiple sites across the world including USA, Russia, Japan, France. People started to realize that there was a big organization involved in this “game”, but to what purpose? The final message from 3301 that year was this:

However, this did not stop here. Over the next few years, new puzzles emerged from 3301 each of them more difficult than the last one. Did the “winners” manage to get into the secret organization? What is the final goal? Who is really behind this? These questions, for now, remain a mystery.

Some say that it was a recruiting process by the CIA or a similar intelligence agency, others, say that this is about a secret society that values privacy and anonymity and protects whistleblowers. A different theory suggests that 3301 is a cult that worships information. Unfortunately, we may never find out. 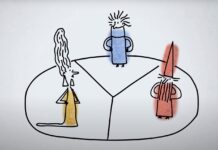 Can You Solve this Wizard Duel Riddle? 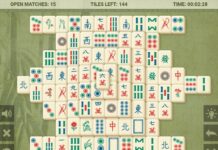 5 Types of People You Should Unfriend on Social Media

January 12, 2019
Always remember that you are absolutely unique... just like everyone else.