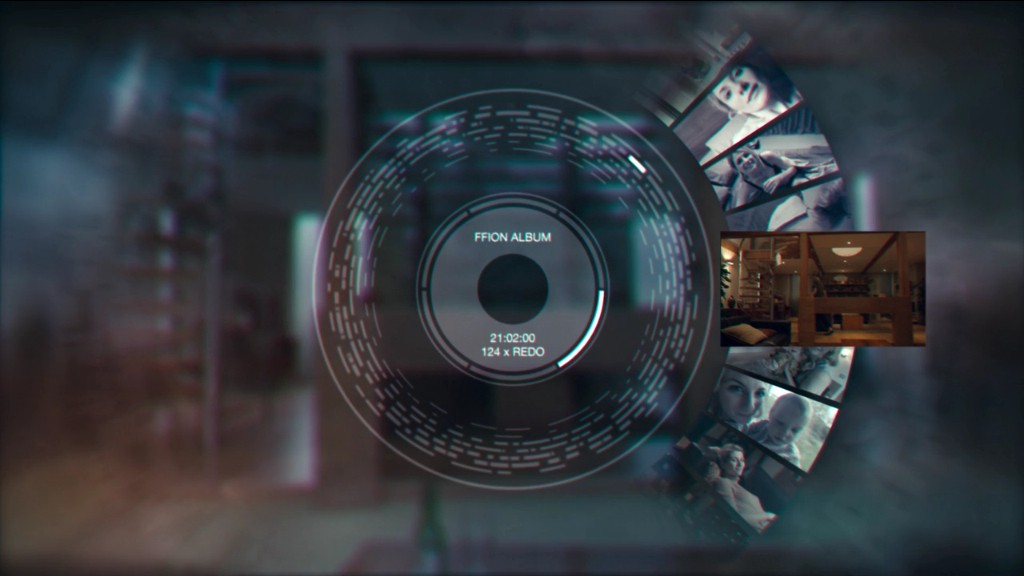 A week after its release, Squid Game became one of Netflix’s most-watched programs in several regional markets. At launch, it attracted more than 111 million viewers. As the series popularized the dystopian thriller genre, we are recommending 20 intriguing titles you might want to explore next.

The Purge revolves around a 12-hour period when all crime, including murder, is legal. Set in an altered America ruled by a totalitarian political party, the series follows several seemingly unrelated characters living in a small city. As the clock winds down, each character is forced to reckon with their past as they discover how far they will go to survive the night.

Set seven years after the world has become a frozen wasteland, Snowpiercer centers on the remnants of humanity, who inhabit a gigantic, perpetually-moving train that circles the globe. Class warfare, social injustice, and the politics of survival are questioned in this riveting television adaptation.

In a utopia whose perfection hinges upon control of monogamy and privacy, members of the collective begin to question the rules, putting their regimented society on a collision course with forbidden love and revolution.

Hyun, a loner high school student who lost his entire family in a terrible accident, is forced to leave his home and has to face a new reality where monsters are trying to wipe out all of humanity. Now he must fight against all odds to try and race against the clock to save what is left of the human race before it’s too late.

A group of teens must survive after a crash leaves them stranded. There’s just one twist to this thrilling drama – these girls did not end up on this island by accident.

15. Vongozero: The Outbreak (To The Lake)

Moscow is stricken by an unknown virus that soon has the whole country in its grasp. Trying to save his new love and her autistic son as well as his ex-wife and their son, Sergey and his companions fight to survive outside the quarantine zone. Far away, on an uninhabited island in Karelia, Sergey has a cabin waiting for them so they can start over. But the path to the cabin isn’t an easy one. Both the global outbreak and Sergey’s family dramas put their journey in jeopardy.

A man attempts to thwart a giant corporation that seems to have unlimited power.

A world divided into progress and devastation. The link between the two sides – Offshore and Inland – is a rigorous and painstaking system called The Process. Everyone in Inland has a chance to go through The Process to live a better life in Offshore. But only 3% make it through.

After Earth is torn apart by religious differences and the human race teeters on the edge of extinction, an atheistic android architect sends two creations – Mother and Father – to start a peaceful, godless colony on the planet Kepler-22b. From executive producer Ridley Scott, Raised by Wolves follows Mother and Father as they attempt to raise human children in this mysterious virgin land – a treacherous and difficult task that’s jeopardized by the arrival of the Mithraic, a deeply devout religious order of surviving humans. As the androids make contact with these zealous and dangerous people, they struggle to control the beliefs of their fiercely self-determining children.

It is a story of high school students who become tangled in a series of conflicts and events that challenge human values and morality. Jisoo (Kim Dong-Hee) is a model high school student. To pay for his university tuition fee, he makes a bad choice. This leads to a serious crime that takes place. Minhee (Jung Da-Bin) and Gyuri (Park Joo-Hyun) attend the same high school as Jisoo and they get involved in Jisoo’s crime.

Arisu is a man without much money or luck. He is unemployed currently as well. Out of the blue, a blinding light engulfs him one day in whose aftermath the city of Tokyo has lost all its inhabitants save Arisu and two friends. This is a dangerous and potentially fatal game of survival now in which they are forced to take part.

Orlando Bloom and Cara Delevingne star in “Carnival Row,” a Victorian fantasy world filled with mythological immigrant creatures whose rich homelands were invaded by the empires of man. This growing immigrant population struggles to coexist with humans in the grimiest section of the city — forbidden to live, love, or fly with freedom. But even in darkness, hope lives, as a human detective, Rycroft Philostrate, and a refugee faerie named Vignette Stonemoss rekindle a dangerous affair despite an increasingly intolerant society. Vignette harbors a secret that endangers Philo’s standing during his most important case yet: a string of gruesome murders threatening the uneasy peace of the Row. As Philo investigates, he reveals a monster no one could imagine.

8. The Man in the High Castle

What would it be like if the Allied Powers had lost WWII, and Japan and Germany ruled the United States? In a dystopian America dominated by Nazi Germany and Imperial Japan, a young woman discovers a mysterious film that may hold the key to toppling the totalitarian regimes.

This audacious drama follows an ordinary Manchester family and catapults them through the next 15 years. As the Britain of this imaginary drama is rocked by political, economic, and technological advances, the family experiences everything hoped for in the future, and everything that is feared.

Utopia will follow a group of people who find themselves in possession of a manuscript of a cult graphic novel. The tome is rumoured to have predicted the worst disasters of the last century and the group soon find themselves targeted by a shadowy organisation known only as The Network.

While strange rumors about their ill King grip a kingdom, the crown prince becomes their only hope against a mysterious plague overtaking the land.

A religion-based autocracy has taken over most of the United States, renaming the country Gilead. In this country, women are second-class citizens. Anyone trying to escape is punished. One such person is June, who is captured while trying to escape with her husband and child and is sentenced to be a handmaid, bearing children for childless government officials. As a handmaid, June is renamed Offred. This is her story.

This show is a dark odyssey about the dawn of artificial consciousness and the evolution of sin. Set at the intersection of the near future and the reimagined past, it explores a world in which every human appetite, no matter how noble or depraved, can be indulged.

OZ chronicles the attempts of McManus (Terry Kinney) to keep control over the inmates of Em(erald) City as well as the drug trade and the violence. There have been many groups of inmates during the run of the show and not everybody makes it out alive.

Set in a world only minutes from our own, “Black Mirror” unveils how modern technologies can backfire and be used against their makers, every episode set in a slightly different reality with different characters combating different types of technologies. 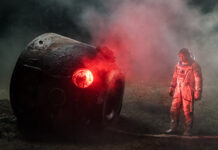 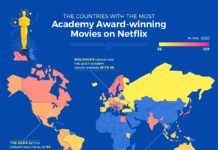 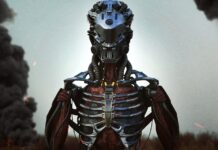 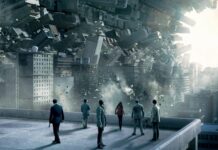 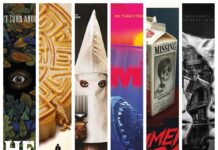